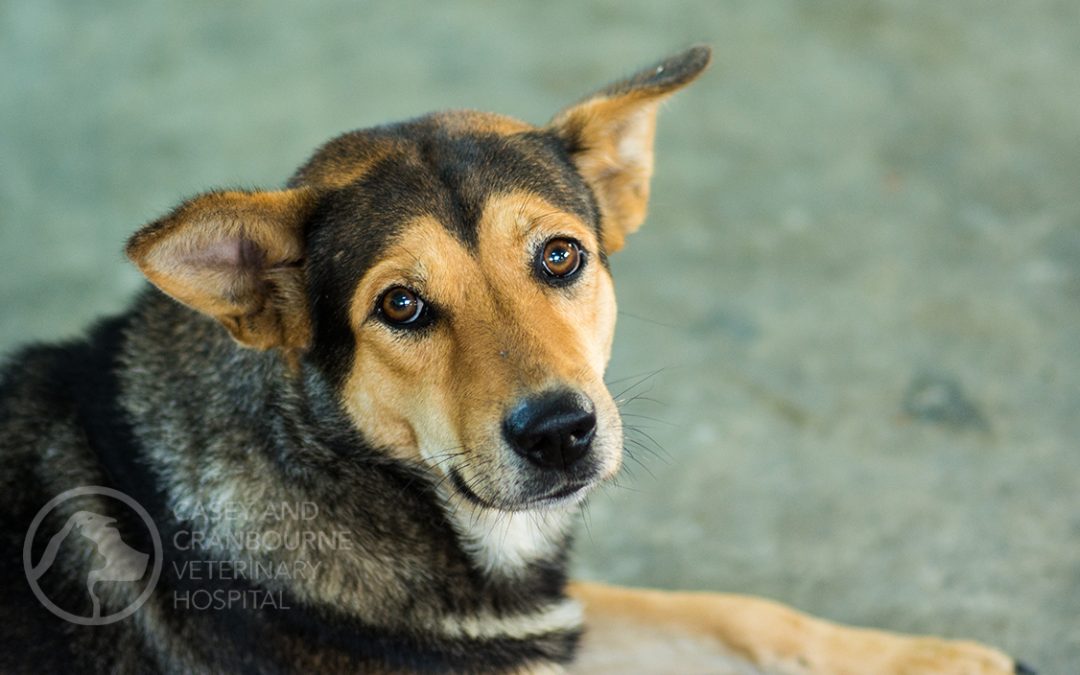 The following is a two part article on Addison’s disease. The first part will be an overview of Addison’s disease, the symptoms commonly seen, the types of dogs most affected and why it’s known as the Great Pretender. The second part is a case study of a dog who was diagnosed with Addison’s disease here at Casey and Cranbourne Veterinary Hospital. The article details how we successfully adopted  a revolutionary low dose treatment protocol not commonly employed anywhere in the world. This protocol bucks the trend of what is recommended by the manufacturer but ultimately will save clients a lot of money when it comes to treating Addison’s disease.

So what exactly IS Addison’s disease?
It is the common name for hypoadrenocorticism, or adrenal insufficiency. The adrenal glands produce both glucocorticoids and mineralocorticoids. Glucocorticoids such as cortisol have an effect on sugar, fat and protein metabolism. They are partially responsible for the reaction known as ‘fight or flight’ response during stressful periods. Mineralocorticoids such as aldosterone have an influence on the electrolytes sodium and potassium in the body. They help regulate these electrolytes particularly in stressful situations. When the adrenal glands do not function adequately, these hormones are not produced at sufficient levels and the metabolism and electrolyte imbalance of the animal create the symptoms and complications of Addison’s disease.

Who does it affect?
Any dog can develop Addison’s disease, whether a purebred or mixed breed dog. It can occur at any age and in male and female dogs but it appears to be seen more commonly in young, female and middle aged dogs. There are some breeds that appear to be predisposed to the disease: 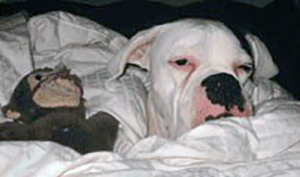 What are the symptoms?
The symptoms of Addison’s disease can be extremely vague. More importantly, they are similar to the symptoms seen with many other illnesses and diseases. Initially, the dog may just be a little listless or lethargic or seem depressed. Many dogs are described as just seeming off or losing the normal sparkle in their eye. Lack of appetite is a good indicator but of course, this can occur with many other illnesses or may even happen just due to hot weather we see in Summer.

Other symptoms include gastrointestinal problems like vomiting and diarrhoea. Pain in the hind quarters or generalised muscle weakness such as a dog that can’t jump onto a bed or couch as he has done in the past is not uncommon. Shivering or muscle tremors may also be present. The most important thing to remember is that you know your dog better than anyone so if something seems amiss that you can’t quite put your finger on, please bring your dog into the clinic to see one of our vets.

It is also important to note that these vague, subtle symptoms may wax and wane over months or years making diagnosis difficult. If the adrenals continue deteriorating, ultimately the dog will have an acute episode called an Addisonian crisis. The electrolyte potassium increases in the dog to a dangerously high level and disrupts normal functions of the heart resulting in arrhythmias and plummeting blood pressure. Blood urea nitrogen (BUN) and creatinine levels, generally indicators of kidney function are often elevated. At this point, many dogs  are diagnosed with kidney failure as the kidneys are unable to function properly. Typically dogs are given intravenous fluid therapy for dehydration which may produce an almost miraculous recovery. This too is a great indicator that failure of the adrenals rather than failure of the kidneys is creating the symptoms.

How is it diagnosed?
There is only one definitive test for Addison’s disease, that is an ACTH stimulation test. This tests the ability of the adrenal glands to produce the corticosteroid hormone cortisol.

What is the treatment?
There are several medications used to treat Addison’s. The first type acts as a mineralocorticoid and replaced the aldosterone- the hormone responsible for maintaining electrolyte levels. It is replaced with either an oral medication called Florine (fludrocortisone acetate) or the injectable Percorten-V (desoxycorticosterone pivalate or DOCP).

For dogs that have atypical or secondary Addison’s, neither of these medications are used because the production of aldosterone isn’t affected and electrolytes remain in balance. In addition to replacing the aldosterone, the cortisol or glucocorticoids, normally secreted by the adrenals must also be replaced. This is usually done with oral prednisolone. With atypical or secondary Addison’s disease, the glucocorticoid is the only medication given. Dogs with Addison’s disease may require additional glucocorticoids (oral prednisolone) during periods of stress, injury or surgery.

Once diagnosed and successfully managed with medication, dogs with Addison’s disease can live long and healthy lives.

Stay tuned for Part Two next week which is the fascinating case study of April, a middle aged female bull terrier diagnosed with Addison’s disease and successfully treated with a low dose Percorten-V protocol.