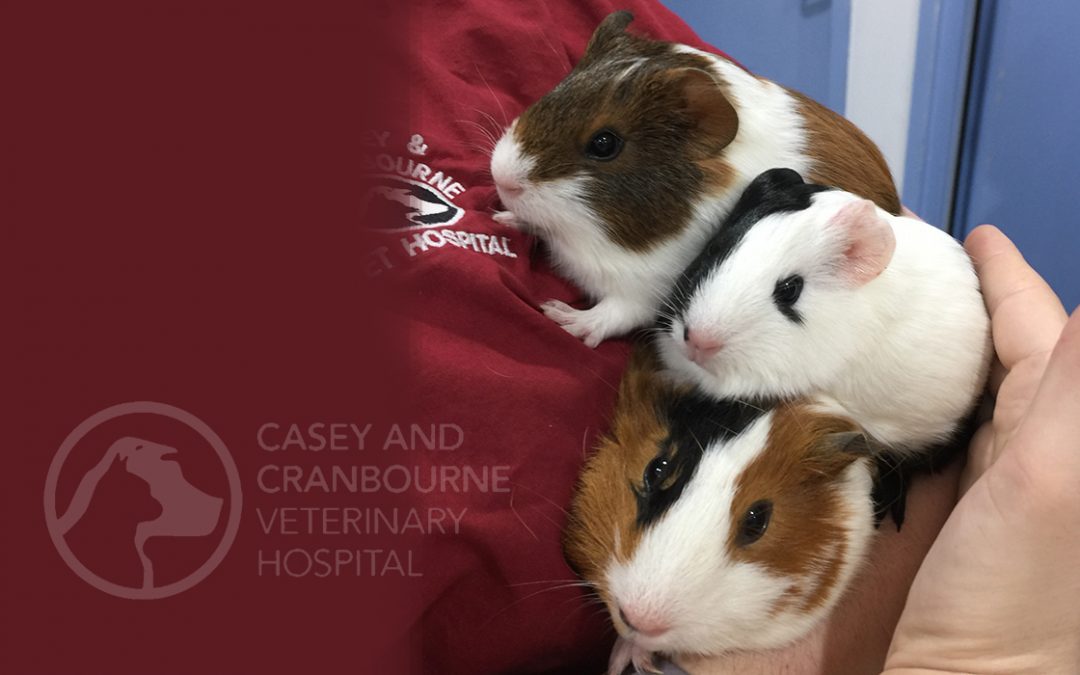 Following public interest in our guinea pig ‘caesarian’ post, we decided to publish a case study of the patient for our pocket pet fans.

Firstly, a little bit of background on our gorgeous guinea pig Ariel. She was adopted from a guinea pig rescue centre by a vet nurse as a companion for Lenny, the stray bunny who came to the clinic with a broken leg which was amputated (check out our earlier video of Lenny hopping around the cage following his surgery). Sadly, Lenny didn’t get along with the nurses’ other rabbits, so was separated and paired with Ariel as a cage companion.

According to the guinea pig rescue centre, Ariel was already pregnant when they rescued her at the start of May. The rescue centre said she was around 5-6 months of age (an estimate).

Guinea pigs are usually pregnant for 59-72 days and should have their first litter before they are 6-9 months of age as this is when their pubic symphysis fuses and they may not be able to give birth naturally.

The week before I performed the caesarian, we checked the pups using our ultrasound machine and noted that there were three pups. All three were alive and active but one had a much higher heart rate than the other two so we were concerned about stress of this pup. I was also checking Ariel’s pubic symphysis to see if this was spreading in preparation for birth, but it wasn’t widening. 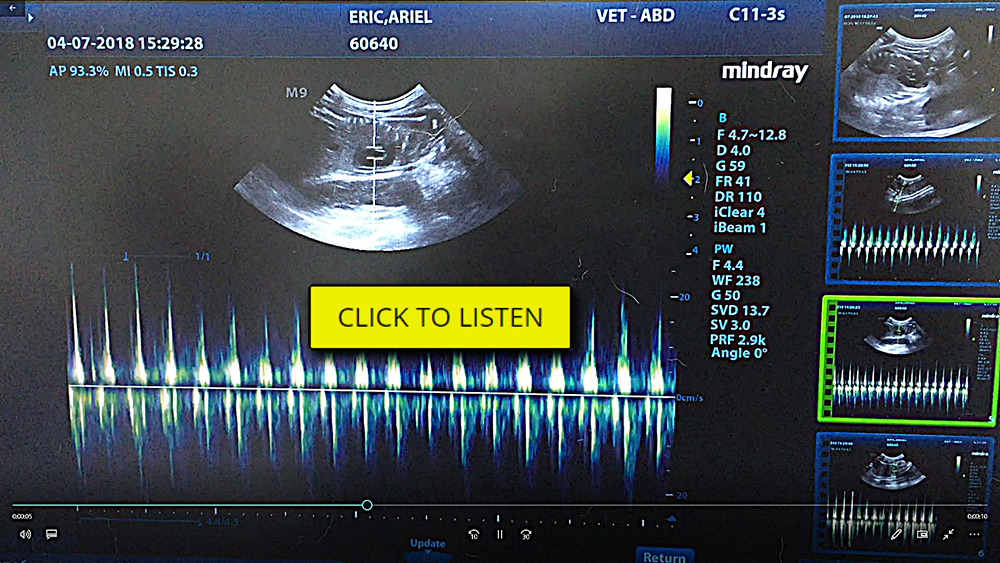 Trying to calculate Ariel’s due date, it was determined that even if she got pregnant the last day in April before she went to the rescue centre, she was over 70 days pregnant, with no sign of pubic symphysis spreading.

Based on the fact she was overdue, her pubic symphysis wasn’t widening (she was approximately 6 months old and this was her first litter) plus the concern for foetal distress, I opted to perform a caesarian on Ariel on what was then 73 days from the end of April (time of conception).

Guinea pigs are a huge anaesthetic risk as they are prone to gastric reflux and aspiration pneumonia so we fasted Ariel for 2 hours prior to surgery, flushed out her mouth with water to reduce the amount of food in her mouth and gave her a prokinetic injection to prevent gut stasis.

I performed an en-bloc ovariohysterectomy, clamping off and removing the uterus with pups inside and once the uterus was out of the abdomen and away from Ariel, the pups were removed from the uterus. This technique does not affect the viability of the neonates and most importantly, it avoids contamination of the abdomen by uterine contents.

Ariel awoke from the anaesthetic without any complications but one of the pups took a long time to recover. A check of the pups hearts indicated this pup, affectionately nicknamed Dumbo, was the one with the very high heart rate.

Guinea pig young are precocious at birth, which means their eyes are open, they have a full hair coat, they can move about well and they can eat solid foods. Pups often don’t survive if they don’t receive sows milk for the first 3-4 days of life. They should ideally receive sows milk for at least the first 5 days after birth and the normal lactation period is 3 weeks.

Ariel didn’t produce milk until 3 days after the caesarian so we supplemented the pups with impact colostrum then wombaroo guinea pig formula until Ariel’s milk came on.

Sadly, the day after they were born Dumbo, the pup with the high heart rate went into respiratory distress and passed away.

The other two pups, Petey and Eric are doing really well, eating well and putting on weight. It appears Petey has micropthalmia (one eye is too small for the eye socket). This has resulted in the eyelashes rolling inwards and rubbing on the cornea. I’m monitoring it for now but if it causes him major pain and distress, I might have no choice but to remove the affected eye.

Ariel, our gorgeous mum is doing really well and putting on weight since having the pups.