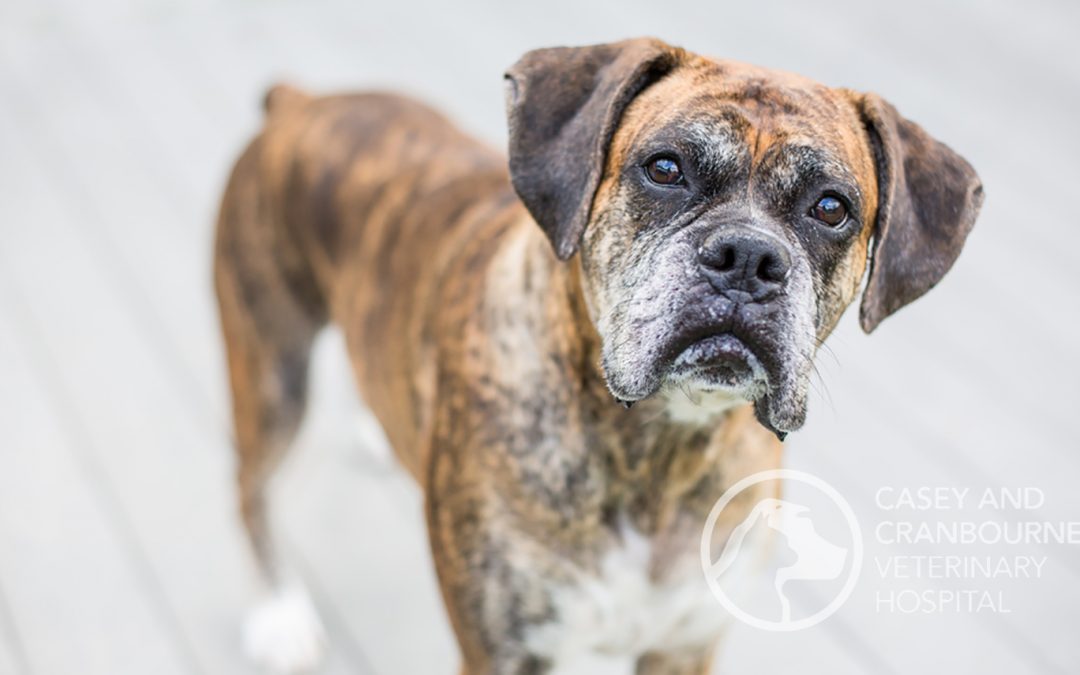 IS IT JUST ARTHRITIS OR SOMETHING MORE SINISTER?

As we approach the Winter months, we see our older canine companions starting to become stiff and sore, struggling to jump on the couch or in the car and perhaps showing lameness.

In the majority of cases, this is likely to be just signs of getting older, perhaps some arthritis in a joint or spondylosis in the back that appear worse in the colder weather.

In other cases, there might be a more sinister cause of the lameness, such as osteosarcoma, a tumour of the bone.

This article will focus on the risk factors for this type of cancer but the most important take home message is that if your dog is showing signs of lameness, it is important to book an appointment with one of our vets to investigate the lameness and start on appropriate treatment. 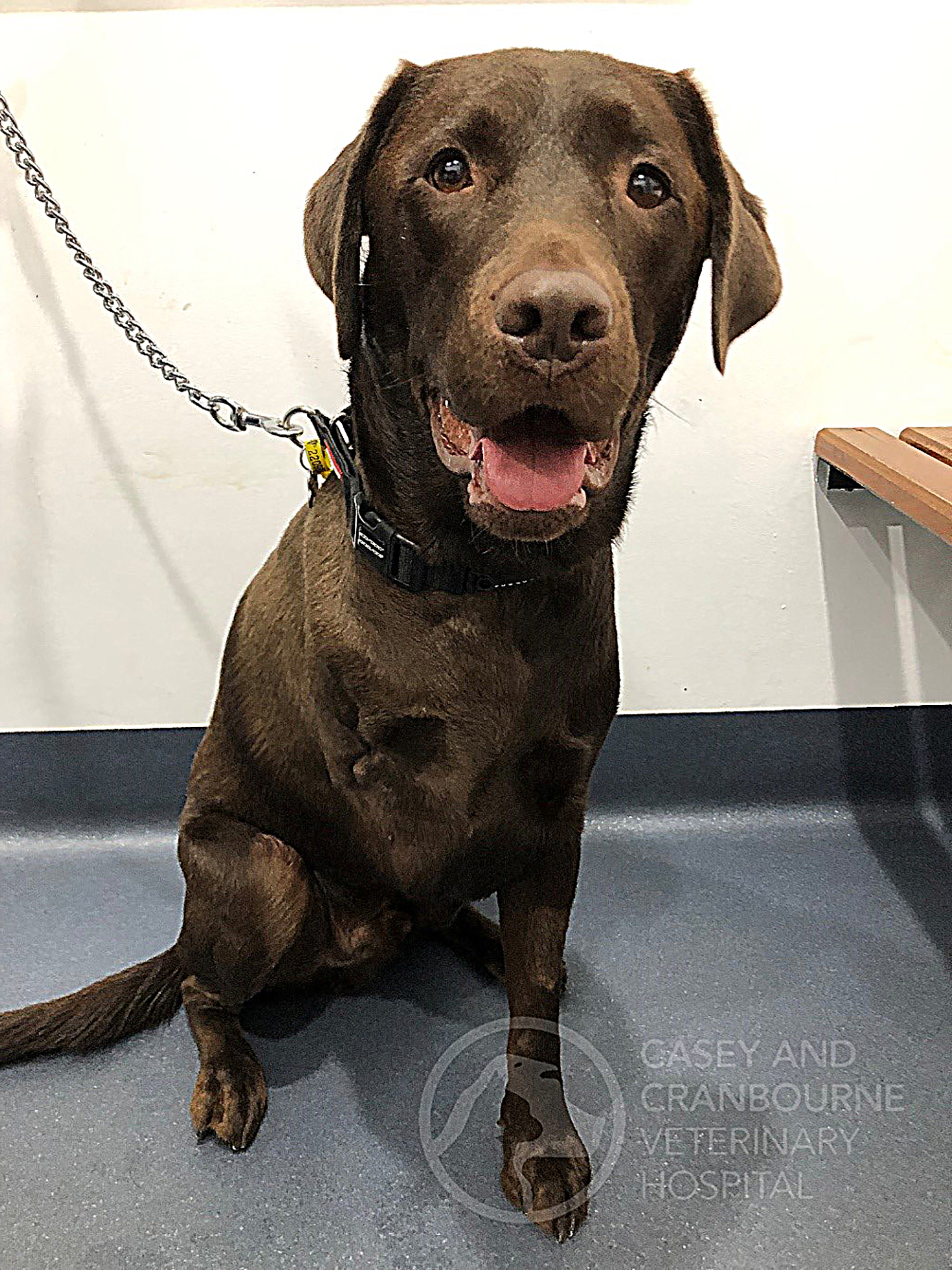 I would like to introduce Charlie Brown, a gorgeous 2 year old chocolate Labrador who presented to the clinic with a soft tissue swelling of his right carpus (wrist joint). Initially, it appeared as though he had sprained his wrist and he responded to non steroidal anti-inflammatory tablets. However as soon as the medication finished, the swelling grew larger and firmer and an X-ray revealed some bony changes to the distal (bottom) end of his radius. A bone biopsy confirmed that the swelling was in fact an osteosarcoma but a CT scan performed at the same time indicated that there was no evidence of metastatic spread to his lungs.

Charlie Brown had his right front leg amputated at Casey and Cranbourne Veterinary Hospital which took away the pain of the tumour and he bounced back exceptionally well post operatively, coping as a ‘tripawd’ dog.

Two weeks after his leg was amputated and the wound had healed, he commenced chemotherapy using carboplatin.

So far, he has only had one treatment of chemotherapy but he handled this incredibly well and his initial blood tests post first chemotherapy dose have been promising.

Charlie Browns’ story highlights the fact that despite not being the ‘typical’ age for developing a bone tumour, osteosarcoma has to be on the list of differentials for a persistent lameness. Because Charlie Browns’ owners acted quickly when they first noticed he was lame, we were able to proceed promptly to obtain a diagnosis and commence treatment. 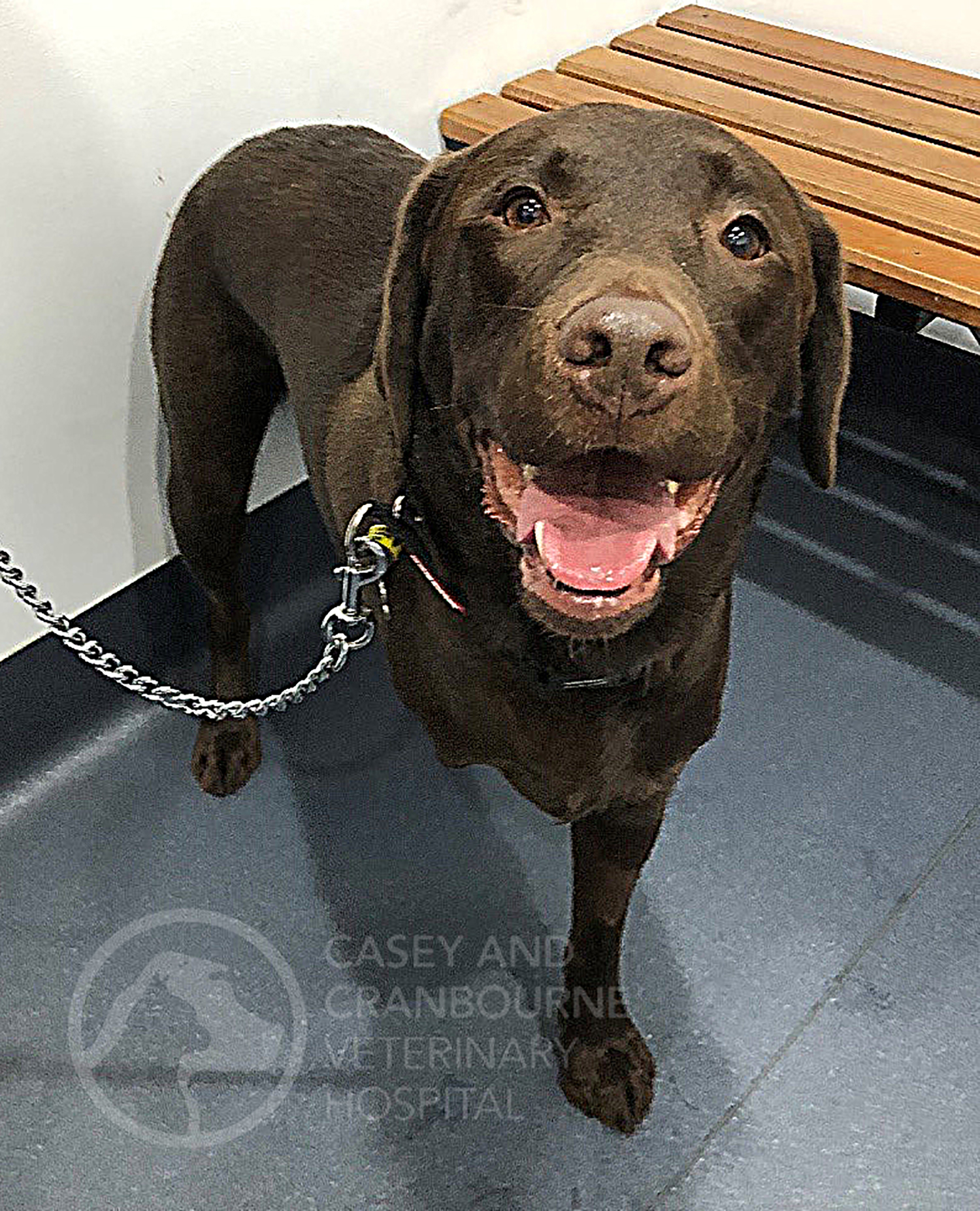 If you are at all concerned about lameness in your dog or cat, don’t delay, phone Casey and Cranbourne Veterinary Hospital today to book an appointment.