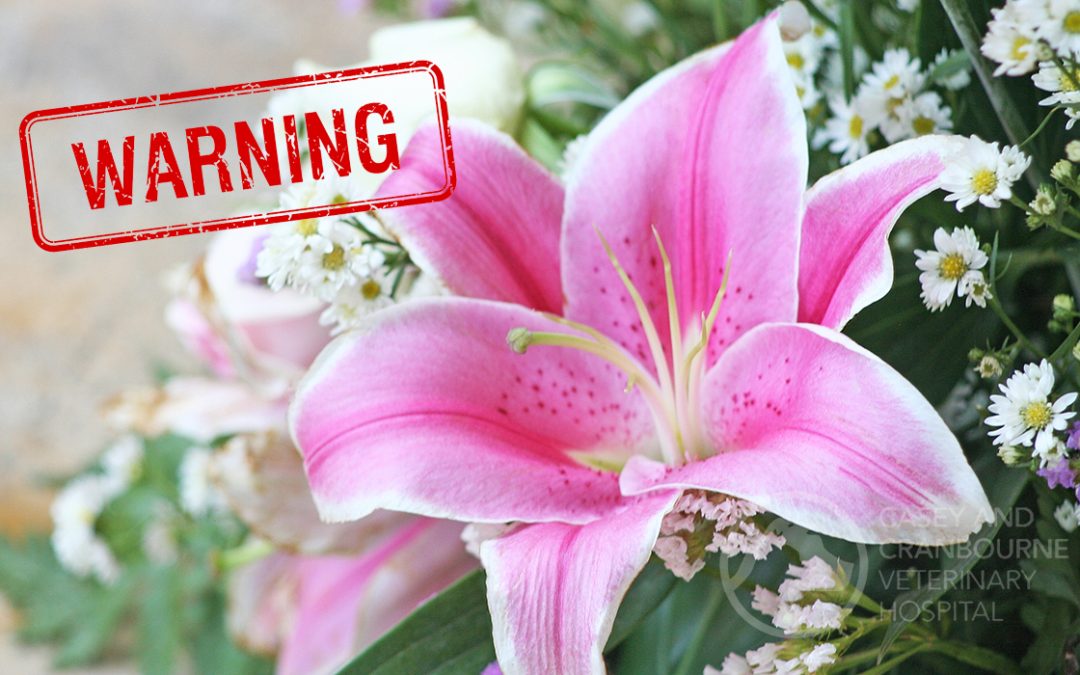 Lilies – the flower that is very toxic to cats

Although lilies are flowers commonly used in floral arrangements, and cats often have access to them, most cat owners and florists are unaware of lily intoxication as a potential cause of kidney (renal) failure in cats.

Indoor cats and especially kittens, may be drawn to floral arrangements, as they are a novel feature in an otherwise very familiar environment that often lacks other forms of vegetation. In the course of investigating the flowers, the cats may play with and sometimes chew parts of the plant. This could easily go unnoticed by owners or may occur while the cat is alone at home. Similarly, cats with access to lilies growing outdoors in domestic gardens may not be observed to contact the plant, so careful questioning regarding the presence of the plant or flowers is always warranted when a vet is investigating kidney failure in cats, especially when it develops suddenly.

The toxic substance in lilies that injures the kidneys has not been identified, but ALL parts of the lily are poisonous – flowers, stamen, stem, leaves and roots. The toxic dose is unknown, but thought to be reached by ingestion of, or mouthing, very small amounts of material.

Cats seem to be unique amongst domestic pets in their susceptibility to this intoxication, possibly due to differences in their metabolism. For the same sort of reason, cats also can be easily poisoned by human medications such as paracetamol, ibuprofen and aspirin, and these too are lethal for cats in doses that would be safe for humans. Interestingly, dogs that consume large amounts of the plant develop only mild gastrointestinal signs, while rats and rabbits show no signs of toxicity at all.

Signs of Lily Poisoning
The first signs of toxicity are vomiting, depression and loss of appetite. The onset is usually within 2 hours and may subside by 12 hours. Although an affected cat is likely to remain depressed, the patient may appear to improve, briefly (with or without symptomatic treatment) as the gastrointestinal signs abate. It is likely, however, that acute renal failure will develop within 24 to 72 hours at which time the cat will become critically ill. At this time the patient may drink much more than usual or become extremely dehydrated. Your vet might feel painful, enlarged kidneys on physical examination at this stage. If untreated, cats die in 3 to 7 days.

Diagnosis and Treatment
Your vet can diagnose the presence of acute renal failure primarily using blood and urine tests.  Although there is no specific test that can identify lily intoxication as the cause with certainty, there are characteristic laboratory findings that make the diagnosis likely if supported by evidence of lily ingestion.

Unfortunately, acute renal failure due to lily toxicity is often irreversible so by the time cats present with signs of renal failure (usually 3-5 days after lily intoxication) it may be too late regardless of aggressive fluid therapy.

If you suspect your cat has had exposure to lilies, it’s vitally important to bring them to the clinic. Starting fluid therapy within 18 hours of ingestion is critical to saving them.

Summary
Lily toxicity should always be considered in any case of acute renal failure in cats. Ingestion of small amounts of plants or flowers of the Lily family can cause severe, irreversible kidney failure and death in cats within 3 to 7 days of exposure.

IF YOU HAVE A CAT, YOU SHOULD NEVER HAVE LILIES IN THE HOUSE. IF YOU DO RECEIVE LILIES IN A FLORAL ARRANGEMENT, ENSURE THEY ARE IN A LOCATION THAT CATS CAN NEVER REACH. 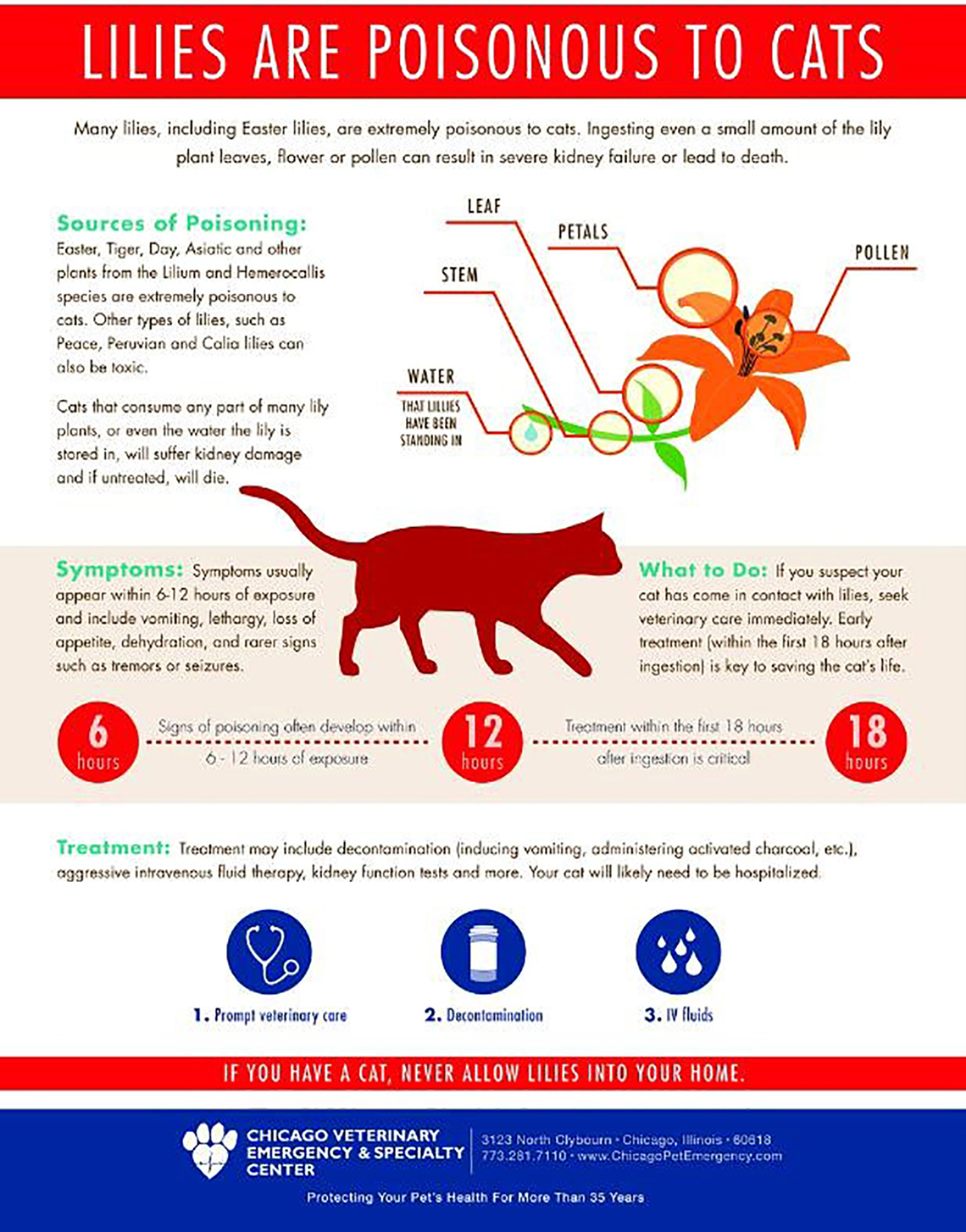