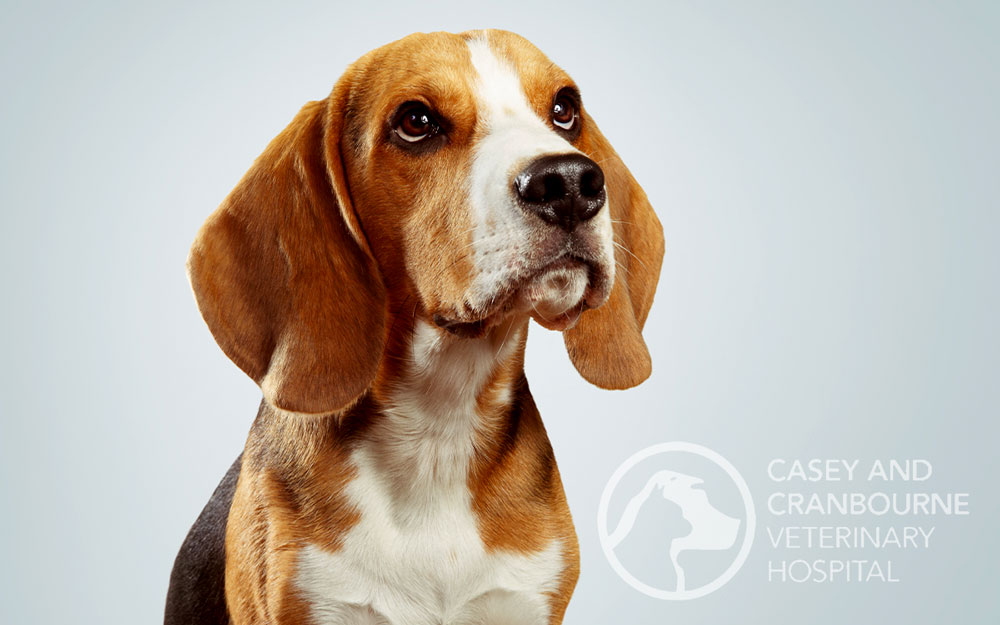 On the same windy Wednesday that Coby the Labrador accidentally got into some snail bait and required immediate emergency treatment to save his life, Blitz the 1½ year old Beagle got into some rat bait. Blitz’s owners were not aware he had eaten the poison as it was hidden where they were sure he could not find. Unlike snail bait poisoning which has immediate serious consequences, clinical signs of rat bait poisoning do not develop until a few days after ingestion.  Interestingly, Blitz did not present with the classic signs of rat bait poisoning. His case study will be detailed later in the article..

Firstly, what is in rat poison?

There are two major types of rat bait. First generation poisons such as Ratblitz (active ingredient: Warfarin) have a short duration of action and require ingestion over a long period of time to be fatal.

Second generation poisons such as Ratsak and Talon (active ingredient: Brodifacoum) have a longer duration of action and a single dose may prove fatal.

So how does rat poison work?

Rat bait acts as an anticoagulant (prevents the blood from clotting) by depleting the body’s supply of vitamin K. Vitamin K is a fat-soluble vitamin which is essential in the formation of clotting agents in the blood stream. It takes a few days before the body’s reserve of clotting factors are used up, therefore haemorrhage does not usually occur until a few days (anywhere from 2-7 days) after the poison has been ingested.

Rat poison is flavoured to make it attractive to rodents and may even entice other animals to eat the bait. Pets can develop rat bait poisoning if they eat the rat bait directly or if they eat a poisoned mouse or rat. 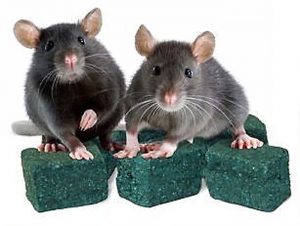 So, what do you need to do if your pet has eaten rat poison?

If you have seen your pet eat rat poison, contact the clinic immediately and bring the packaging in with you so we know exactly what toxin was ingested by your pet. Most likely we will need to induce vomiting and the drugs we use are much more effective and safer than anything that can be used at home.

If your pet has had access to rat poison which you have been unaware of, the signs of intoxication are associated with bleeding and can range from very subtle signs such as being lethargic or pin point haemorrhages on the gums to frank bleeding from anywhere.

What you may not know is that normal everyday movements result in damage to blood vessels at the capillary level. This is the case for humans and animals alike. When the body’s clotting mechanism is working properly, these micro bleeds are repaired immediately without us being aware of it.

However, when the clotting system is not working, such as occurs with rat bait poisoning, these minute traumas are not repaired and continue to bleed, and thus may result in any of the signs listed below.

Signs of rat bait poisoning may include:

Obvious external signs of haemorrhage (dependent on where the bleeding is; for example, bruising, bloody faeces or urine, nose bleeds, vomiting blood, continual bleeding from a small wound or cut)

If you have any concerns about your pet, please contact the clinic as soon as possible. Rat bait poisoning can be treated, but the chance of recovery depends on how severely the dog or cat is affected, amount of bait consumed, and what kind of bait they ate. Seeking veterinary treatment as soon as possible is critical, with many needing prolonged treatment due to the lingering effects of the baits.

What is the treatment for rat poison intoxication?

Treatment can range from your pet just needing Vitamin K (the fat-soluble vitamin that is the antidote for these types of poisons). Vitamin K allows the liver to start manufacturing clotting factors again but it does take some time to work and for the second generation rat poisons (Ratsak/Talon), treatment requires double the dose of Vitamin K for a much longer period of time compared to treatment for warfarin based rat poisons.

If your pet is severely affected, they may require hospitalisation and a blood or plasma transfusion as well as Vitamin K. If there is bleeding into the chest with severe respiratory difficulty, it may be necessary to drain haemorrhages blood from the chest cavity. Vitamin K treatment continues at home for at least 2-3 weeks and often longer to prevent a relapse. Strict rest is also important. Fortunately, most animals that are given early, appropriate treatment make a full recovery.

What can be done to prevent rat bait poisoning?

Avoid using rat baits around your property and opt for a safer and more humane method of rodent control.

If you are using rat baits, make sure that they are always stored and used out of reach of children and other animals. Loose poison baits (pellets, meals) should not be used, instead the poison should be inside a bait station that cannot be accessed or opened by children and pets.

Take steps to avoid your dog gaining access to rat baits outside of your property by keeping them on leash in areas where you know rat baits are present, and also, preventing them from eating rodents or carcasses. Cats may be at risk of eating poisoned rodents due to their hunting behaviour. You can take steps to protect your cat, particularly if they are safely contained to your property. Rat/mouse proof your property to prevent rodent numbers building up and also to prevent poisoned animals entering your property.

The case of Blitz, the 1½ year old Beagle cross

Blitz first presented to the emergency centre on Saturday night as he was just not quite right. He then presented to Casey and Cranbourne Veterinary Hospital on Sunday as he was still picky eating and not drinking as much as normal. There was a concern he had eaten something that was causing an intestinal obstruction as he had a history of eating plastic, socks etc in the past. On questioning, his owner mentioned that they do have rat baits down and he may have gotten access to a dead rat a few days earlier but they weren’t sure.

On examination, Blitz had a tense abdomen, a slightly higher heart rate, normal respiratory rate and normal temperature, pink gums with normal capillary refill time. No neck pain or back pain, no lameness.

His only presenting sign appeared to be mild abdominal pain.

Interestingly, he did not continue to bleed from the venepuncture site (where blood was taken for the PT blood test).

On Monday, he presented to the clinic as he was still no better, still not eating or drinking and during the night, he wouldn’t settle and he would not lay down on his right side. He also had some pain on flexion of his neck, however his gums were still pink and there were no petechial (pinpoint) haemorrhages in his gums.

The PT blood test was still not back from the laboratory but there was a concern with his clinical signs now worsening that he had indeed been exposed to rat poison.

He was admitted to hospital for xrays which showed some fluid outside his lungs on the left side of his chest and an ultrasound confirmed there was quite a lot of free fluid present which on aspiration was non clotting blood.

His PCV (packed cell volume) was 38% (normal 37-55%) which indicated he was not anaemic however there was a concern about the active haemorrhaging into his chest cavity so he was given a plasma transfusion and started on high dose Vitamin K.

The PT time was > 120 secs (should be between 6 – 11 secs) so this confirmed exposure to rat poison as we suspected.

His owners had gone home and checked the yard and found there was a bait missing from the greenhouse which is normally closed but they recalled that on the previous Wednesday during the wild winds, the door had blown open so Blitz had obviously gone in there and found and eaten the bait sometime from the Wednesday to the Saturday when he first presented to the emergency centre.

Blitz had eaten Talon, a second generation rat poison containing the active ingredient Brodifacoum and this is one of the more deadly rat poisons on the Australian market.

The good news is, he is responding well to the Vitamin K therapy and his owners are keeping him strictly confined. He is well on his way to a complete recovery.

This story highlights the risk of using rat poison in the house or garden when you have dogs and cats as you might not see them actually eat the bait or a dead rat/mouse and by the time they start to show clinical signs of poisoning, like Blitz, they might already have started to bleed internally.

Remember, even if you don’t have baits at home, your dog or cat could eat a poisoned rat/mouse that may have crawled into your yard (or be caught by your cat if s/he is a hunter).

If your dog or cat shows any of the clinical signs above, please bring them in to the clinic as a matter of urgency.